The Entreprenaissance is a global wave of the entrepreneurial spirit which is emerging in response to the rapid rate of change we experience today as we enter the digital age. With such rapid change, an entrepreneurial spirit is required to harness new opportunities and create new innovations which fundamentally alter the course of humankind and drive the world forward toward positive ends.

Without the creative force of an entrepreneurial mindset humankind would see the rapid change of the digital age ‘happen to them’, instead and entrepreneurial spirit empowers individuals to be the master of their own destinies with the confidence, resilience, adaptability and problem solving ability to create solutions which allow them to thrive.

After launching ten businesses in ten years and exiting his largest business for $109 million in 2008, Creel Price has dedicated his subsequent career to fostering entrepreneurship across the globe. A decade ago, before startups and innovation were in public consciousness, Creel predicted that with the increasing rate of change, the game changers would be a new breed of entrepreneurs who were creating unique solutions from the change around them. Inspired by the 15th century Renaissance in Florence, Italy Creel studied the key driving forces of this cultural revival which spread so far that it has shaped the modern world we live in today. He now focuses his work on fostering similar drivers to foster the Entreprenaissance in today’s contemporary world.

Agile, adaptable organisation structures with ‘intrapreneurial’ cultures are required to rapidly iterate in the digital era

The world needs a lens through which to view the rapid change around it. It is an entrepreneurial lens which enables individuals to thrive.

We need entrepreneurially minded role models and thought leaders, plus general leadership to model this way of living.

The world needs new funding models for impactful causes to replace the traditional charity models which are proving unsustainable.

We must create an environment where technology can engender fundamental shifts in the experience of human kind.

Our education systems must prepare the next generation to thrive in their future lives and careers. Entrepreneurial skills are required for this.

We need to invent the way we do community to reverse the unproductive effects of the current individualist consumer-driven social life.

For entrepreneurial endeavours to truly success, access to capital for business growth must be more accessible and less risky for investors.

HOW IS CREEL PRICE SUPPORTING THE ENTREPRENAISSANCE?

Creel Price’s portfolio of for-profit and not-for-profit ventures all seek to foster the Entreprenaissance from a particular angle. These ventures include: 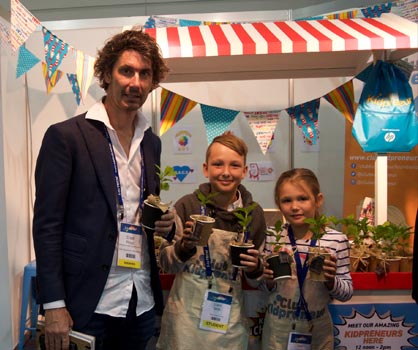 After starting his first business at age 11 and launching another 7 before the end of high school, Creel is convinced it was these early experiences which gave him the entrepreneurial mindset to become successful in later life. In 2009 Creel founded the Club Kidpreneur Foundation to provide the same opportunity for 8-12 year old children to develop their entrepreneurial spirit to prepare them for their future careers

Investible is a new-breed business generator bringing together the skills of early stage VC investors with a world class experiential business-building program. Investible produces a pipeline of investible businesses and startup ready founders, minimising the risk of pre-IPO investment. 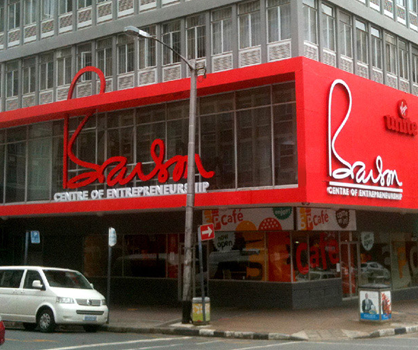 Since 2010 Creel's business methodology Decisionship has formed an integral part of the Branson Centre for Entrepreneurship curriculum. Creel runs an annual bootcamp in Johannesburg for Australian and South African entrepreneurs using his signature high-octane, adventure-based style. Through mountain climbing, orienteering and open fires, entrepreneurs learn to apply Creel's methodology to their own business building process.